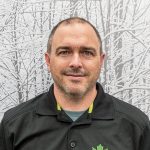 By Martin Chabot, co-owner of CDL

Did you know that CDL has developed expertise over the past fifteen years in plant sap, and more specifically in birch sap?

At CDL, we first developed a field of expertise in forest harvesting and plant syrup production, which subsequently enabled us to adapt our maple equipment already in place. More recently, our ultrafiltration process, which improves the preservation of sap and water concentrate, is a perfect example of the adaptability of our equipment for producers of plant sap and syrup. Currently, birch sap is in great demand, both among consumers and pharmaceutical companies, all over the world. As a result, this great market demand is creating enthusiasm among some producers who see that business is likely to be very good in the coming years.

The species exploited vary from one continent to another, from one zone to another, obviously depending on the climate and the dominance of the species observed. For example, in Saguenay-Lac-St-Jean and Manitoba, it is white birch, while in New England, it is more yellow birch. On European soil, we find more white and gray birch trees.

Birch sap over the last centuries

Although it is common to hear of maple tapping, the tapping of other species such as birch is not new! In Western Europe, birch sap has been collected since the 12th century, and is then prescribed by apothecaries! Many doctors give it draining properties and use it at the time to treat problems with kidney stones, but also skin diseases. Birch sap has also been used in Asia for several centuries for medicinal purposes, since the use of plants is part of the ancestral tradition. In North America, indigenous peoples already incorporated birch sap into their diet or medicinal practices. It was in Alaska, however, after World War I, that more industrial birch syrup production first emerged, as the sugar shortage forced people to use their imaginations to find substitutes. The development of the industry is developing greatly in Alaska, but also in Canada, by adapting techniques and equipment for the production of maple syrup, which is very widespread, to that of birch syrup.

“Me the first, I never thought of tapping birch trees on my land to make birch syrup! Travels, allowed me to open my horizons and make the leap into this production. For 2 seasons, I have tapped 300 birch trees on our family sugar bush for research and development purposes. Thanks to our expertise acquired in the maple syrup industry, we are able to guide producers in adapting their practices for this booming production in Quebec and internationally. ” – Martin Chabot

CDL, a collaborator of choice in several case studies

CDL participates in the largest birch sap harvesting and processing projects in North America. In Quebec, CDL has collaborated on numerous projects in several regions. The Forest Farmer project, located in Vermont and New York, is one of the largest with 50,000 yellow birches.

We are also collaborating with one of the biggest installations in Europe… We cannot say more for the moment! Keep an eye out, and visit our new website entirely dedicated to birch sap at birchsapcdl.com for more on the subject! We will soon unveil several ongoing projects.

Want to dive in?

In order to extend your sugaring season, why not turn to this production? Did you know that it can work very well with your maple syrup production? Contact us for more information! 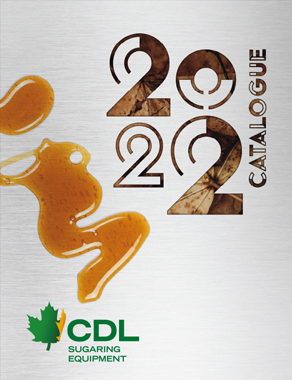